Member Login
Not yet a Member? Request information Today »

About Us
About Us

This ceremony will be conducted at the Ceremonial Mast, located between the pool and spa. Evening Colors is based on naval tradition of lowering the colors (ensign and jack) at the end of the day. The British Navy conducted this ceremony as early as 1797, and the practice was adopted by the U.S. Navy in 1870. A similar ceremony, called Retreat, dates to the Crusades and the American Army began using it after the Revolutionary War. An early version has been traced to a New York yacht club in the early 1900’s.

The purpose of an evening colors ceremony is to both signal the end of the day and to pay respect to and honor to the flag of the United States of America and the brave men and women that protect our freedom. The "Evening Colors Ceremony" reminds the participants and members of the sacrifices that have been, and continue to be, made for our country and the values it represents. It is a simple yet effective ceremony that is designed to inspire.

The International Order of the Blue Gavel (IOBG) is an organization made up of Yacht Club Past Commodores. Our own P/C Bill Pittman is serving as PIYC's IOBG President. Here at PIYC, the IOBG Chapter conducts a number of special events including the Fleet Review, Fleet Blessing, Memorial for Deceased Members, Evening Colors Ceremonies, yachting education programs and Christenings for Members' new vessels. 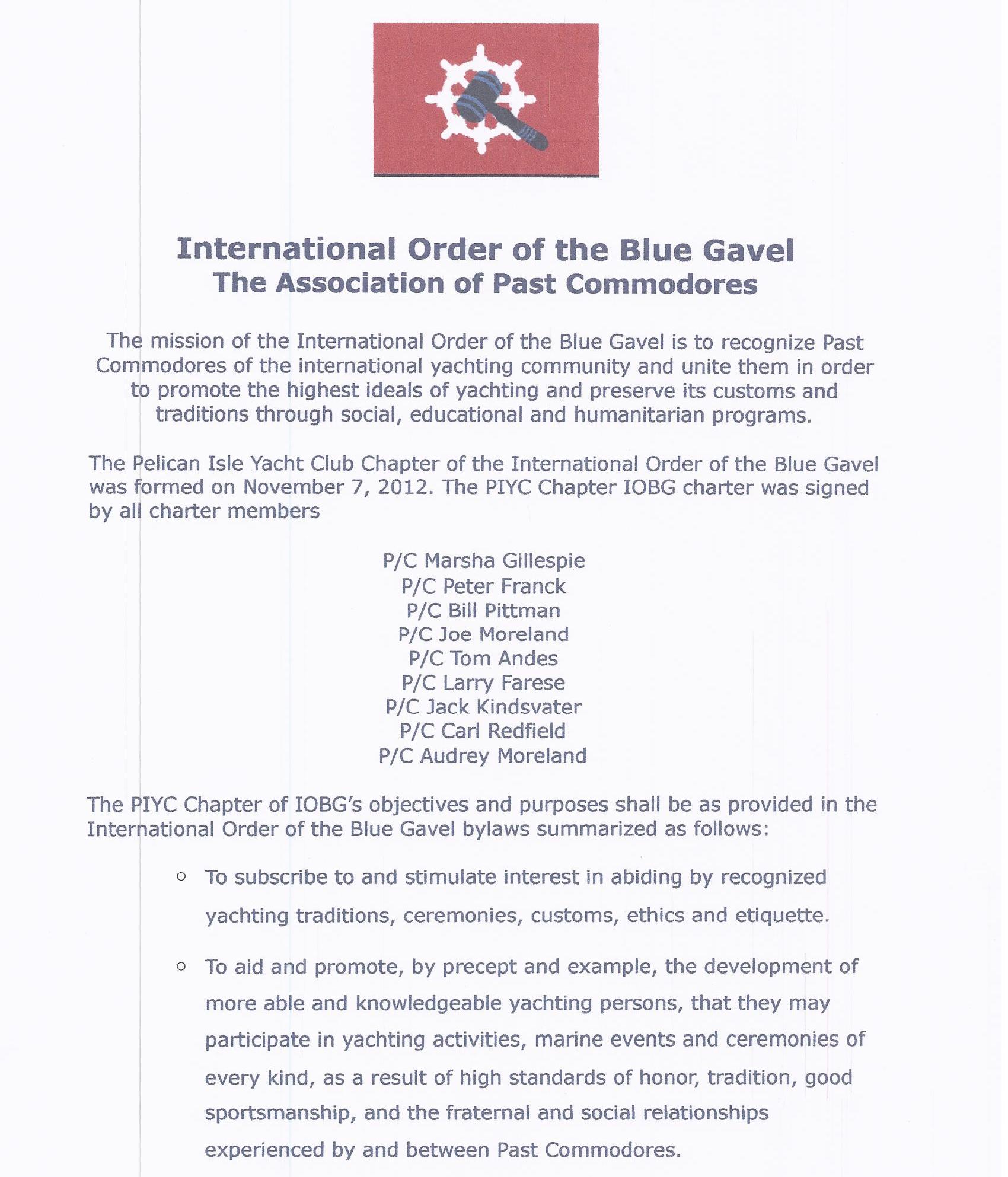 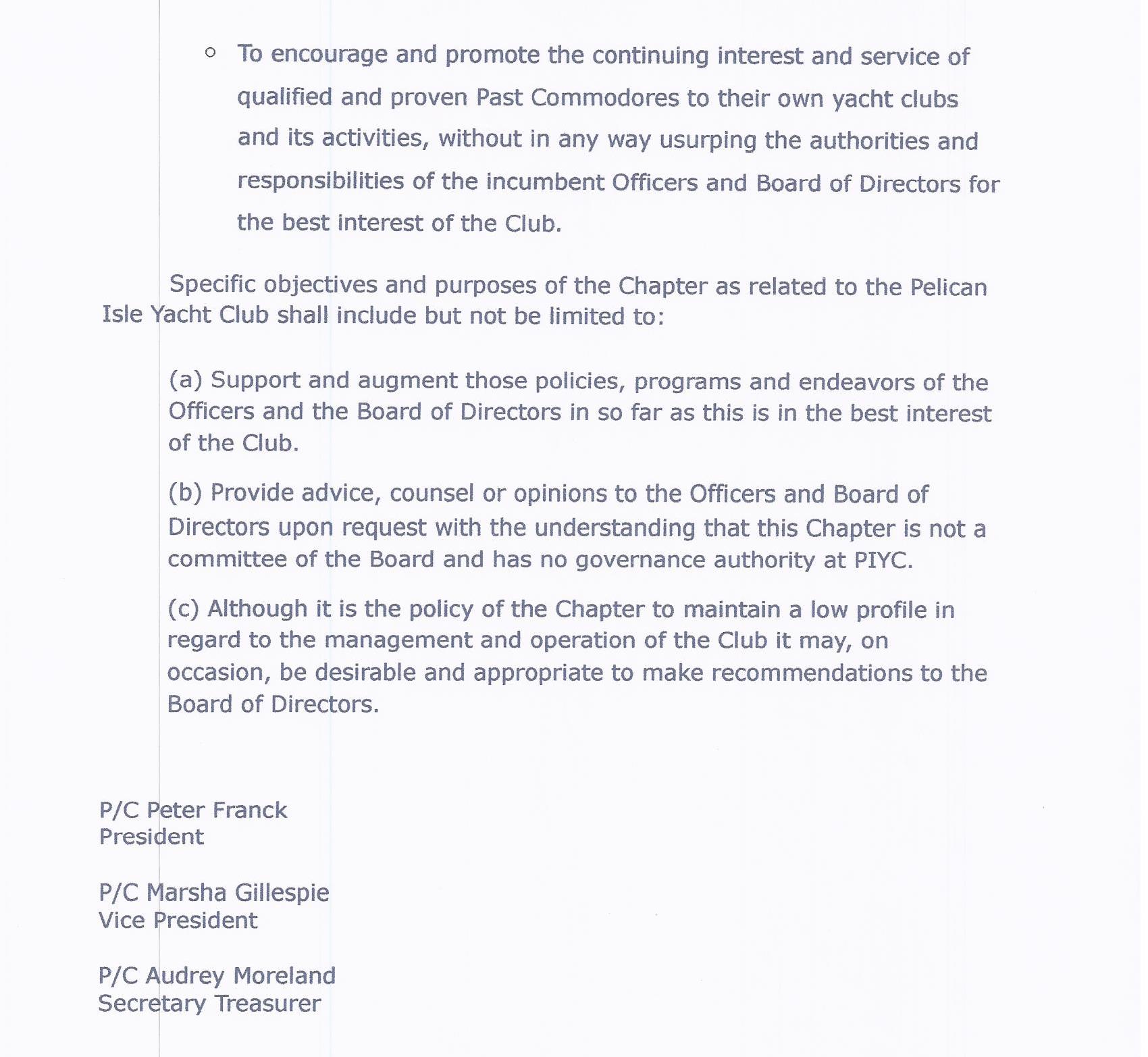